AP Spanish Course of St. Central High School visited the NASA as support for their course 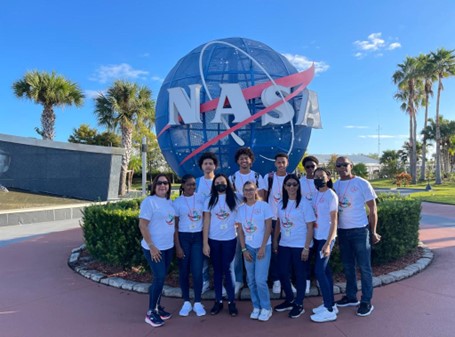 The purpose of this education experience certainly increased student content knowledge and is also important in promoting career awareness.  The students visited The Kennedy Space Center which offered a variety of exhibits from the Hubble space telescope to astronaut training simulators and exhibits of the real Space Shuttle Atlantis that was used by NASA.

During the field trip, the students were having a memorable time being face to face with Space Shuttle Atlantis and learned about NASA’s pioneering astronauts in Heroes and Legends featuring the U.S. Astronaut Hall of Fame.  The students explored the Apollo/Saturn V Center, home of the massive 363-foot-long Saturn V rocket, toured NASA areas behind the gates, and interacted with shows and exhibits.

The NASA-Kennedy Space Center Visitor Complex offers a variety of exhibits from the Hubble space telescope to astronaut training simulators.  One of the most breathtaking exhibits is the real Space Shuttle Atlantis and Artemis which was used by NASA. This experience was a great way to bring science to life, in addition, the students was able to see the burn marks and damage that the shuttle received throughout its time during space travel.  In addition, they learned more about the greatest space adventure on Earth, with exclusive news on rocket launches, astronaut appearances, and exciting space-related events.  Kennedy Space Center Visitor Complex is organized into Mission Zones allowing students to weave their way through the U.S. Space Program in chronological order: Mercury, Gemini, Apollo, Shuttle, and beyond.

This in turn is essential to creating skilled science, technology, engineering, and math (STEM) workforce for the Virgin Islands in the future. These experiences are essential to helping students succeed on standardized Advance Programs (AP) Tests and keeping students engaged in the science and technology workforce for our region in the future.  Also, provided valuable educational opportunities that will lead to future participation in advanced courses at the University level. Moreover, created awareness by placing them on the correct pathway in the areas of science, technology, and engineering. 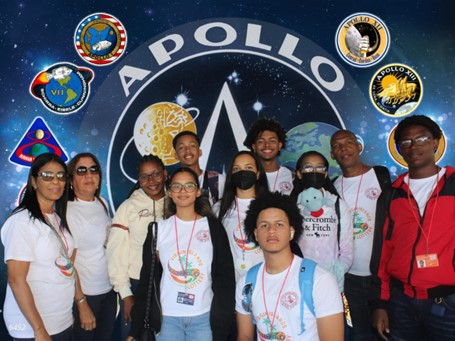