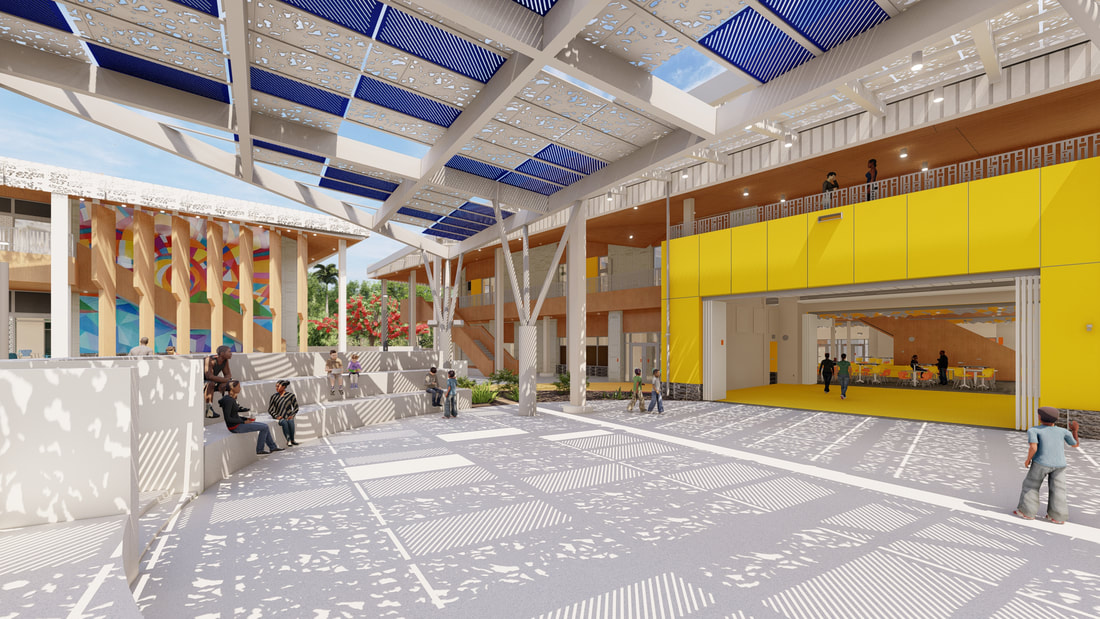 ST. CROIX, USVI – In preparation for the construction of the new Arthur A. Richards PreK-8 School, which is slated to begin February 2023, Education Commissioner Nominee Dr. Dionne Wells-Hedrington and the Department’s New Schools Division held two days of meetings on Oct. 26 and 27 to introduce New Schools Advisory Board members, government agencies, and the local contracting community to MCN Build, the Washington, DC-based design-build firm selected to build Arthur Richards.

During the meetings, officials from MCN Build, which describes itself as “a purpose-driven construction company dedicated to serving our community,” laid out plans to build the Territory’s first new school in decades by meeting 12 milestones—first, with CZM/FCD approval by Jan. 16, 2023, and culminating with a project substantial completion date of July 31, 2025. Furthermore, the company highlighted its extensive experience in building K-12 schools—a total of 54 to-date—and its commitment to partner with the communities in which it works.

Arthur Richards’ construction is expected to take place in three phases: Phase I - utility building, gymnasium, Commons area, and administration building; Phase II – grades PreK, K5A and K5B; and Phase III - grades 6-8, hardscape, landscape, and field. Company officials pointed out that while preliminary decisions have been made on the design of the school, interested community members can participate in the final design of the school.

Department of Education Architect Chaneel Callwood-Daniels, who is spearheading the project, explained that a design-build firm like MCN Build will be able to begin construction, while simultaneously working on the design plans for the school.

“Instead of having two years for plans, followed by two years of construction, they can be worked on at the same time,” she said. “Plus, if you have that close cooperation between the contractor and the architect, when something needs to change, you don’t have a long gap time.”

More than 60 businesses and professionals attended the contractor meeting at Buccaneer Hotel & Resort to learn how they or their businesses might participate in the project. Meeting attendees asked questions about the school’s design features, ADA compliancy, building materials expected to be used, electrical and plumbing features, and more.

“I am pleased with the enthusiasm the community has shown as we move closer to realizing the construction of the new Arthur A. Richards School,” said Commissioner Nominee Wells-Hedrington. “We are excited to join forces with MCN Build and are confident in their ability to deliver the school to us on time and on-budget. I thank Governor Bryan, the Office of Disaster Recovery, DLR Group, and our federal partners who have all been instrumental in bringing us to this point. Our students deserve the best, and this school will represent the best in 21st century teaching and learning in the Virgin Islands public education system.”

The new Arthur A. Richards PreK-8 School will be built on the site of the former Evelyn M. Williams Elementary School. Demolition of Evelyn Williams is expected to be completed later this year.